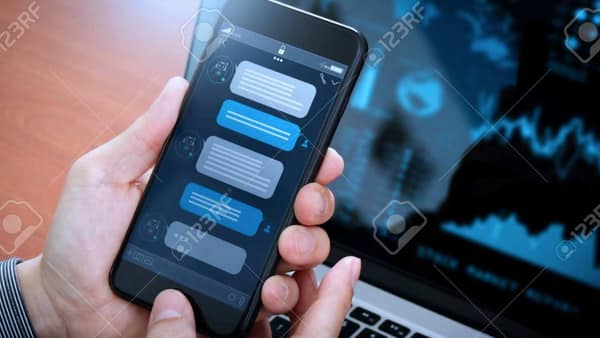 “One of the largest insurance companies saw its workforce reduced to 10% of peak capacity at the onset of the covid-19 pandemic, while customer query volume increased to 5 times. In terms of handling transactions, their chatbot could successfully conclude almost 78% of their transactions,” says Shekar Murthy, senior vice president of solutions and professional services at Yellow.ai.

It’s not just niche corporations that are benefiting from bots contributing to actual purchases from customers. Gaurav Singh, founder and CEO of automated chat platform Verloop.io, says, “With Nykaa, we handle almost 68% of all customer conversations without any human interference. A majority of customer requests such as adding or replacing items, altering delivery addresses and changing payment methods are fully automated today.”

For another of Singh’s clients, the Abu Dhabi Islamic Bank (ADIB), Verloop.io claims to be successfully automating 88% of all customer conversations, “including acquisition, support, engagement and retention.”

This level of automation, companies claim, is helping businesses ease transactions and successfully convert queries into purchases. Talking about the ease of transactions, Beerud Sheth, co-founder and CEO of unicorn startup Gupshup, says, “CreditWise Capital has today used automation to reduce two-wheeler loan processing times at dealerships down to as little as three minutes – instead of multiple days. It integrates coordination with credit bureaus such as Experian to accept customer applications via WhatsApp, to give them loan purchase approvals within minutes.”

Yellow.ai backs up the diversity of companies that are directly gaining transactions through chatbots.

“The Madhya Pradesh Electricity Board uses an NLP-enabled voice bot that deploys five dialects of Hindi to understand similar words when spoken by different users in their own ways. The accuracy in voice queries in Hindi is in the lower 90s. For languages beyond Hindi, our bots are capable of functioning at above 80% understanding accuracy,” Murthy adds.

Voice automation, interestingly, is an area where chatbot providers see growth potential in terms of actual transactions. “The old school was chat, but now the whole argument is that it has to be one AI across many channels — whether it’s a telephone line bot, chatbots or other things. While chat usage has gone up in India, it still lags behind global countries. That is primarily because real India doesn’t like to chat in English,” said Ganesh Gopalan, CEO and co-founder of Gnani.ai. He said that voice interfaces on an app or even a telephone line conversation has allowed the company to handle multiple languages.

Talking about what it claims to be the “world’s largest insurer”, Yellow.ai says that its multilingual voice bot automation is, in fact, delivering 12% higher efficiency in terms of successfully converting user transactions – as against live, human agents. This is an area that has the potential to tap into India’s “next billion”, as experts see.

Gopalan said that an insurance client who was engaged in one-use case earlier has expanded to 27 use-cases now.

What everyone seems to agree upon is that the future of automated conversations is not either voice or text, but both. Until the efficiency of voice automation catches up, companies today are making the most of increased chatbot efficiency thanks to natural language processing, to increase actual transactions from customers.