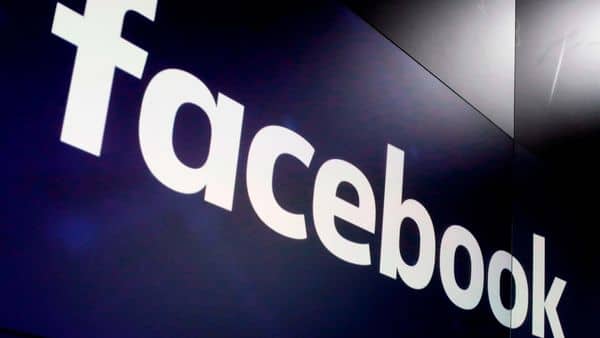 The metaverse remains more aspirational than real, and its biggest supporters don’t expect it to be built quickly. Proponents though see a range of possibilities, from selling the hardware and software needed to access the metaverse to hawking virtual goods, services and advertisements within the digital world.

Companies big and small have started outlining business plans for the metaverse. Microsoft last week said it would roll out software tools around the metaverse in coming months, with pricing still to be disclosed. Meta Chief Executive Mark Zuckerberg last week also said that as the company works on the metaverse, it would look for ways to aid creators to make money, potentially tapping a $1 billion fund the social-media giant already has established.

To tech leaders, the metaverse is emerging as a generational step-change in how digital interactions and commerce unfold. Metaverse proponents say the new digital world will have a profound effect on day-to-day lives, not unlike the emergence of the internet or iPhone.

“When we talk about the metaverse, we’re describing both a new platform and a new application type, similar to how we talked about the web and websites in the early ’90s,” Microsoft CEO Satya Nadella said as he rolled out the company’s new tools for the digital world. They include the wider ability for users of Microsoft’s Teams workplace-collaboration software, starting next year, to join meetings using customized avatars, a person’s digital representation.

The digital world offers new ways to shop that should spur sales, analysts say. “The commerce capability I think will be insane because you’ll see these goods that are virtual and instead of looking at pictures, you’ll be able to rotate objects and look at them and try on different things,” said Brent Thill, an analyst covering the tech sector at investment bank Jefferies.

Analysts say it is difficult, at this early stage, to estimate the size of the likely metaverse economy. However, one pointed to the more than $80 billion already being spent annually on virtual goods in videogames as an indication of how much business could be generated in the virtual world.

Moneymaking opportunities at this point are linked largely to establishing the infrastructure for the online realms.

Meta is selling its Oculus virtual-reality headsets for $299 and said it is working on augmented-reality devices. Snap Inc. sells a pair of augmented reality glasses for $380. Microsoft sells its HoloLens headsets, aimed at business users, with the cheapest costing $2,975. The U.S. Army is among its customers.

The augmented- and virtual-reality global equipment market is expected to grow by more than 50% this year, reaching a total of 9 million units shipped, according to data from International Data Corp. By 2025, shipments could reach 28.7 million units, IDC says.

Graphics-chip company Nvidia Corp. is rolling out software it calls Omniverse Enterprise that offers collaboration and simulation tools on a subscription basis. It bills the suite as foundational to creating and connecting virtual worlds and early Tuesday introduced new tools, including one to create interactive artificial-intelligence avatars.

“I’m fairly sure that at this point that Omniverse or the metaverse is going to be a new economy that is larger than our current economy,” Nvidia CEO Jensen Huang said on the company’s most recent earnings call.

Advanced Micro Devices Inc. CEO Lisa Su Monday said Meta has selected her company’s chips for use in its cloud as part of the company’s data-center expansion.

Videogame companies Roblox Corp. and Epic Games, which produces “Fortnite,” have hosted virtual concerts and other immersive experiences on their platforms. The events so far have been free to attend, but attendees could purchase related virtual items.

Digital advertising, which exploded in the era of social media and has been the backbone of Meta earnings, is expected to migrate to the metaverse. Some advertisers are experimenting with metaverse-like digital universes such as Roblox’s in an effort to build brand recognition, but haven’t been able yet to use the platform to sell physical goods.

Meta’s announcement around the online realm may inspire some brands to experiment with augmented and virtual reality and imagine creative ways to show up in places that already have established virtual communities, said Brian Wieser, global president of business intelligence at WPP PLC’s GroupM.

Mr. Zuckerberg, who has emerged as one of the most outspoken metaverse proponents, said the new online realm wouldn’t be controlled by just one company. Mr. Zuckerberg for years has said Apple Inc. and its App Store policies hold too much sway over the social-media company’s business.

“I’ve come to believe that the lack of choice and high fees are stifling innovation, stopping people from building new things and holding back the entire internet economy,” he said at an event last week detailing his company’s plans to build the metaverse.

Apple has defended its App Store fees as fair and similar to those of other digital marketplaces. The iPhone maker is also working on an augmented reality headset for consumers, which analysts expect to hit the market as soon as next year, and the company has plans for AR glasses.

There are skeptics that the metaverse will fundamentally alter how business is conducted, pointing to earlier iterations—such as Second Life in the 2000s—that spurred excitement before fizzling.

Business will be conducted in the metaverse at some point, Mark Raskino, a fellow at research firm Gartner Inc., said in a blog post. “But it will not happen in the 2020s. It probably won’t happen in the 2030s,” he said.

Building the metaverse comes with high upfront costs. Meta said it would see a $10 billion hit to its operating costs from its metaverse efforts. The company also has said it expects to raise capital expenditure on items such as network infrastructure and data centers almost 80% next year.

“Our hope though is that if we all work at it, then within the next decade, the metaverse will reach 1 billion people, host hundreds of billions of dollars of digital commerce and support jobs for millions of creators and developers,” Mr. Zuckerberg said at the event last week.