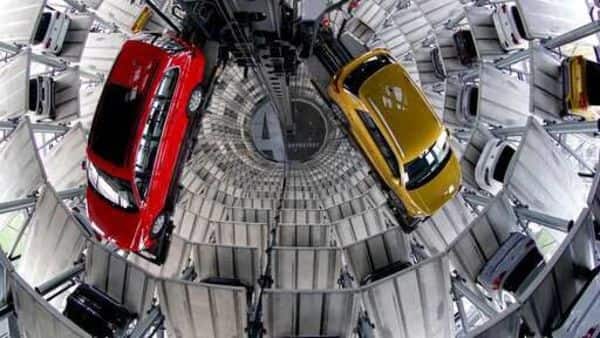 The global chip shortage, which began last year, has impacted a range of industries. In all, 169 industries have faced the crunch, including automobiles, computers, medical equipment and other electronic devices, according to Goldman Sachs. In most industries, and in normal circumstances, such gaps are addressed fast as businesses ramp up production and address bottlenecks. But the chip industry has its own demand and supply characteristics, which got amplified by the pandemic. As a result, the current shortages are likely to persist for a few more quarters.

The coronavirus pandemic disrupted both supply and demand. On the supply side, many factories shut down, especially during the start of the pandemic. On the demand side, as remote work and studies became the norm, demand for laptops and other electronic devices surged. Once lockdowns were eased and the economy recovered, car sales, too, picked up. All this led to greater demand for chips. In late 2019, the Semiconductor Industry Association (SIA) had projected an industry growth rate of 6.3% in value terms for 2021. It has since raised this to 25%—the highest growth in the last six years.

As a result, the gap between when a chip is ordered and when it is delivered has shot up from 12.4 weeks in March 2020 to 21.9 weeks in October 2021. For some chips, delivery dates are two years away. From Apple to Toyota, companies that depend on chips have issued warnings about lower production. In India too, automobile manufacturers like Maruti Suzuki and Mahindra & Mahindra have had to curtail production.

The automobile industry is not the largest consumer of chips. It accounts for about one-tenth of total demand, according to SIA and Gartner. However, demand from the sector has been growing, with automobiles using more and more electronic equipment. Electronic systems could account for half a car’s cost by 2030, from about a fifth in 2000, according to Deloitte.

In another report titled “The Long View of the Chip Shortage”, Accenture noted that every business is now a semiconductor business. Last month, Mark Liu, the chairman of Taiwan’s TSMC, the world’s largest chip manufacturer, said the company data showed that “there are people definitely accumulating chips who-knows-where in the supply chain”. The trade war between the US and China is also a factor. After the US imposed restrictions on trade with Chinese tech giants such as Huawei and SMIC, Chinese companies bought chips and chip-making equipment worth $380 billion and $32 billion, respectively, in 2020.

The manufacturing of chips is a complex process. According to a BCG-SIA report, semiconductor manufacturing uses more than 65 different types of sophisticated equipment for each step. It also uses about 300 different inputs, including unique material and speciality inputs. These are made in different countries, including in the US, China, Taiwan, Japan, South Korea and Germany.

Disruption in one part can restrict supplies. For example, a fire in March 2021 in Japan’s Renesas Electronics, which supplies microcontroller units, has also contributed to the current shortage. Similarly, the closure of factories in Malaysia, which specialises in packaging, also disrupted supplies. Last month, Taiwan’s economy minister told Reuters that the bottleneck was in Southeast Asia, especially Malaysia, and Taiwan alone cannot solve the shortage problem. This complex and widely distributed supply chain also explains why the industry cannot increase supply by simply pouring in more capital.

Yet, significant investments in chip making have been announced. Capital expenditure is expected to be $127 billion, up 13% from 2020, according to Semico Research. However, it takes a few quarters to get production going. Further, many of these investments are going into making high-end chips, a future demand. However, it is low-end chips (40 nanometers and lower), especially for the automotive sector, that are in short supply today.

While McKinsey analysis shows that making advanced chips is more expensive, making earlier-generation chips isn’t cheap either. Existing facilities are expanding capacities. Supply will eventually catch up, but it will take time. Recently, Foxconn, which supplies to Apple, said shortages could last till the second half of 2022. Infineon, a major supplier of chips to the automobile industry, said it didn’t see supply catching up with demand “on a broader scale within 2022″. Marvell Technologies, another chipmaker, said it could extend even beyond 2022.

www.howindialives.com is a database and search engine for public data