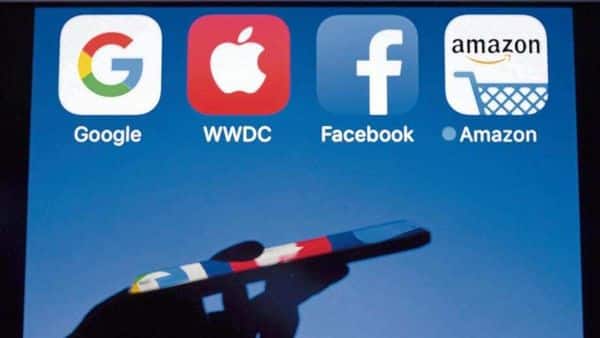 The widely shared concern fuelling this development is that Big Tech has simply grown too big. For years, tech giants have battled allegations that they favour their own products in online marketplaces that they operate, abuse their privileged access to consumer data for competitive gain, and stymie competition by acquiring every firm that threatens to challenge their market position. These practices leave little choice for consumers, who are now dependent on the products and services offered by a handful of companies.

The EU has long been leading the way in addressing these issues, by leveraging its antitrust laws to redistribute market power and enhance consumer welfare. Over the past decade, it has concluded three antitrust investigations against Google alone, resulting in almost $10 billion in fines. The European Commission is now investigating Google’s advertising technology and data-collection practices, Apple’s App Store and mobile payment systems, Facebook’s data collection and digital-advertising model, and Amazon’s operation of its marketplace. And EU regulators want to do even more.

In 2020, the European Commission proposed the Digital Markets Act (DMA), which seeks to give it new powers to regulate tech giants and other “gatekeeper” companies that connect businesses to end-users. The DMA stems from the recognition that existing antitrust enforcement actions have not made digital markets more competitive. It would allow the EU to ban outright a set of digital gatekeepers’ practices, such as self-preferencing or the use of competitor data. The law will likely be adopted in 2022, whereupon it will have a global impact. Through a phenomenon known as the “Brussels effect”, large multinational companies often extend EU rules to their operations globally. The tech companies are already bracing for impact.

Until recently, the US had been watching from the sidelines as the EU deployed its antitrust laws against large American tech companies. While techno-libertarians attribute the EU’s actions to the continent’s envy-driven protectionism, US legislators and enforcement agencies are now waking up to the industry’s excesses, and are increasingly questioning whether the unfettered marketplace is yielding desirable outcomes.

The US House of Representatives has repeatedly summoned Big Tech leaders to testify before hearings on their anticompetitive practices. In 2020, the House Subcommittee on Antitrust, Commercial and Administrative Law issued a major report on competition in digital markets, calling for a revitalization of US antitrust laws.

The Department of Justice (DoJ) and the Federal Trade Commission (FTC) are also getting into the action, with the DoJ challenging Google’s monopolistic practices and the FTC suing Facebook for operating as an illegal monopoly. US President Joe Biden is squarely behind this policy shift, appointing industry critics known for their firm stance on antitrust matters to top government positions.

In July, the Biden administration issued an ambitious executive order on “promoting competition in the American economy”, affirming its commitment to combat monopolistic practices in the internet-platform industry.

China, too, is undergoing a monumental shift in its approach to the tech industry. For a long time, the Communist Party of China (CPC) maintained a light-touch attitude towards domestic tech companies in an effort to foster growth and advance China’s technological dominance. In return for lax regulations, the leading companies submitted themselves to government demands, including assisting the CPC with online censorship.

But now, the government is increasingly turning its attention to social inequalities and wealth disparities. And fearing that Chinese Big Tech is growing more powerful than the state, the CPC leadership feels obliged to remind the industry of who is ultimately in charge.

Thus, in April, the Chinese authorities hit the e-commerce giant Alibaba with a $2.8 billion fine for preventing merchants from selling products on rival e-commerce platforms. The authorities also fined the technology conglomerate Tencent, ordering it to end its exclusive music licensing deals with global record labels, and then blocking its attempt to acquire China’s top two video game streaming sites, Huya and DouYu. In addition to these enforcement actions, the government has drafted new antitrust rules targeting internet companies.

What happens next is easier to predict in the EU than in the US and China. After the EU’s likely adoption of the DMA in 2022, the Commission will be free to charge ahead with its many antitrust investigations (absent a major setback in the European courts, which are expected to rule on Google’s appeals against the Commission within the coming year).

The big unknown is how effective the US regulatory agencies will be in persuading US courts to get on board with an antitrust revolution. The past year has shown that America’s conservative-leaning courts will not be easily convinced by arguments that Facebook and Apple are monopolies. It also remains to be seen if a deeply divided US Congress can harness its shared resentment against Big Tech and pass meaningful legislation.

Ironically, China’s own crackdown may pave the way for antitrust reform in the US, because it will deprive US firms of the argument that diluting their power weakens them against their Chinese rivals. Here, the question is not what the CPC can do, but rather how far it is prepared to go. China needs a thriving tech industry if it is going to become the global technological superpower; but the government needs social harmony even more.

As matters stand, the party seems committed to ensuring that the fruits of Chinese tech companies’ success is shared more widely, in the name of “common prosperity”. Striking this balance will be the central task facing Chinese regulators not just in the coming year, but over the next decade.

Despite some uncertainties, it is clear that the new regulatory blitz reflects an emerging international consensus. In addition to the EU, the US and China, other large economies such as Australia, India, Japan, Russia, South Korea and the UK are moving to crack down on the technology industry.

In this environment, Big Tech will need to pick its battles and tread carefully.

We are heading for a prolonged showdown between business and government that will have far-reaching implications for all societies and no immediate end in sight. ©2021/PROJECT SYNDICATE (www.project-syndicate.org)

Anu Bradford is professor of law and international organization at Columbia Law School.