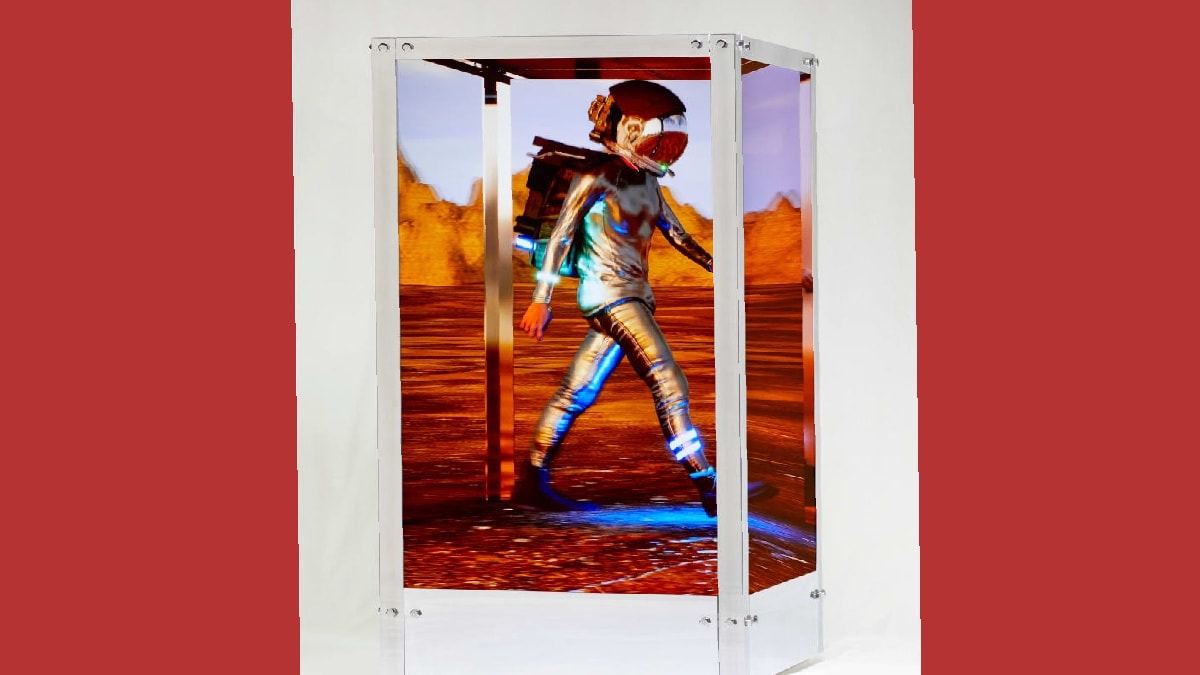 HUMAN ONE, a futuristic artwork created by American digital artist Mike Winkelmann, better known as Beeple, has sold for $28.9 million (roughly Rs. 215 crore) at New York City-based Christie’s auction. The stunning seven-foot-tall artwork is made using four massive LED screens fitted in a wood and aluminium-made frame-like structure. It’s a one-of-a-kind 3D video sculpture supported by the Ethereum blockchain and Beeple is calling it “the first portrait of a human born in the metaverse”.

The sculpture, which is a combination of physical and digital technologies, was sold along with its non-fungible token (NFT).

The picture shows a humanoid figure dressed in body-hugging silver clothing, walking in the backdrop of a smoky surrounding. The LED screens display moving sceneries stored on the Ethereum blockchain.

Have a look at this video posted by Beeple.

Winkelmann says he plans to continue adding new imagery that forms the four walls of the sculpture through his lifetime to have a lifelong relationship with the winning bidder, CNN quoted Winkelmann as saying.

“While a traditional work of art is more akin to a finite statement, frozen in time at the moment it was completed, this artwork’s unique ability to be updated makes it more akin to an ongoing conversation,” he added. The artwork was sold to an online bidder in Switzerland.

Earlier this year, the artist’s collage of his digital images, titled “Everydays: The First 5000 Days,” got auctioned for $69.3 million (roughly Rs. 516 crore) as a digital collectible or an NFT. The sale sparked off an NFT frenzy.

NFT sales volume surged to $10.7 billion (roughly Rs. 79,820 crore) in the third quarter of 2021, according to data from market tracker DappRadar. This figure is eight times more than what it was in the previous quarter.