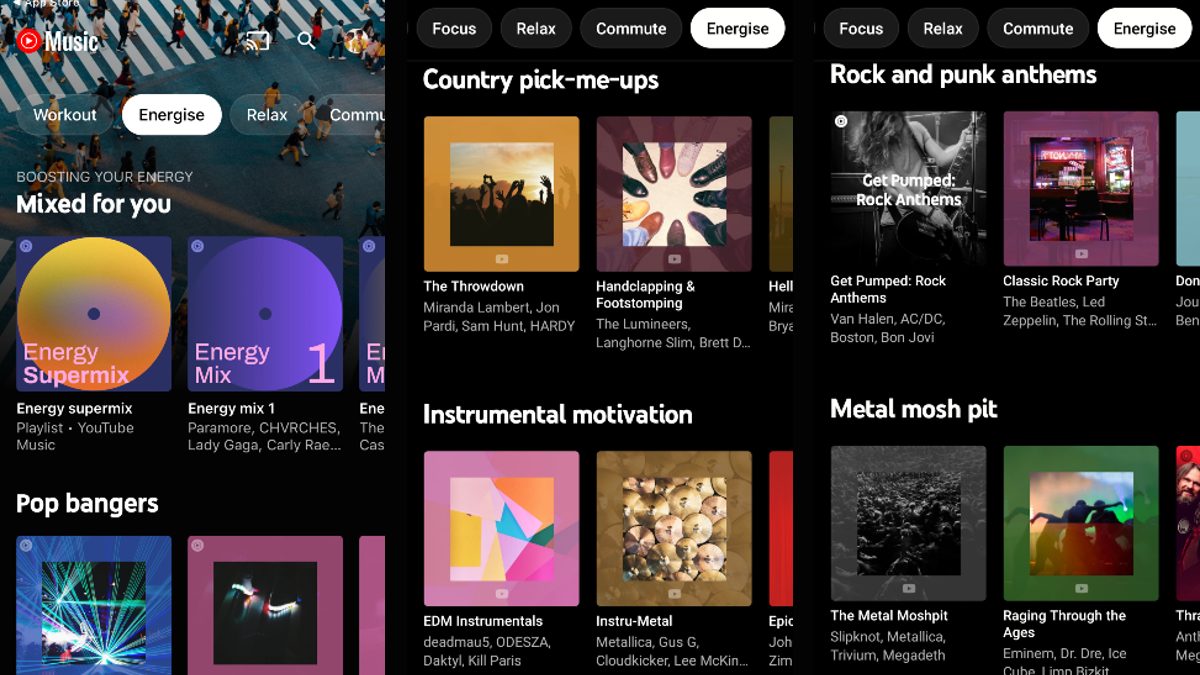 YouTube Music has got a new ‘Energise’ mood filter for personalised playlists consisting of tracks from various genres and artists. These playlists will keep getting updated over time. This is the fifth filter that adds to the already present Workout, Focus, Relax, and Commute filters. These filters can be accessed from the Activity Bar on the top of the YouTube Music app homepage. Earlier this year, Google’s video and music-streaming platform announced that it has signed up more than 50 million paid subscribers.

The ‘Energise’ mood filter on YouTube Music has a “Mixed for you” carousel with four playlists including “Energy Supermix”, “Energy Mix 1”, “Energy Mix 2”, and “Energy Mix 3”. Other playlist carousels include Hip-Hop energy, Dance club beats, Pop bangers, Rock & punk anthems, Indie & Alt anthems, Metal mosh pit, among others. Each playlist has a number of songs from various artists. You can either listen to songs from your favourite artists or explore new ones. The “Energise” filter is available on both Android and iOS.

YouTube Music added the Activity Bar last year that offers customised and personalised playlists on the Home tab under various moods. These playlists are curated on the basis of artists and genres that a user listens to. Apart from this, YouTube Music also has recommendations offering you music by “Similar Artists” that you listen to. Furthermore, you also get music from various communities as well as location-based music. For example, an Indian user will get various playlists under “India’s All Time Essentials”. There are also “Mixed For You” playlists under which users get “New Release Mix” and “My Supermix”. You can also listen to “Your Like” auto playlist, and Charts.

As per the announcement made in September, YouTube Music has more than 50 million paid subscribers. The 50 million-figure includes people paying for YouTube Music, YouTube Premium customers who get music as part of their subscription, as well as customers on a free trial.