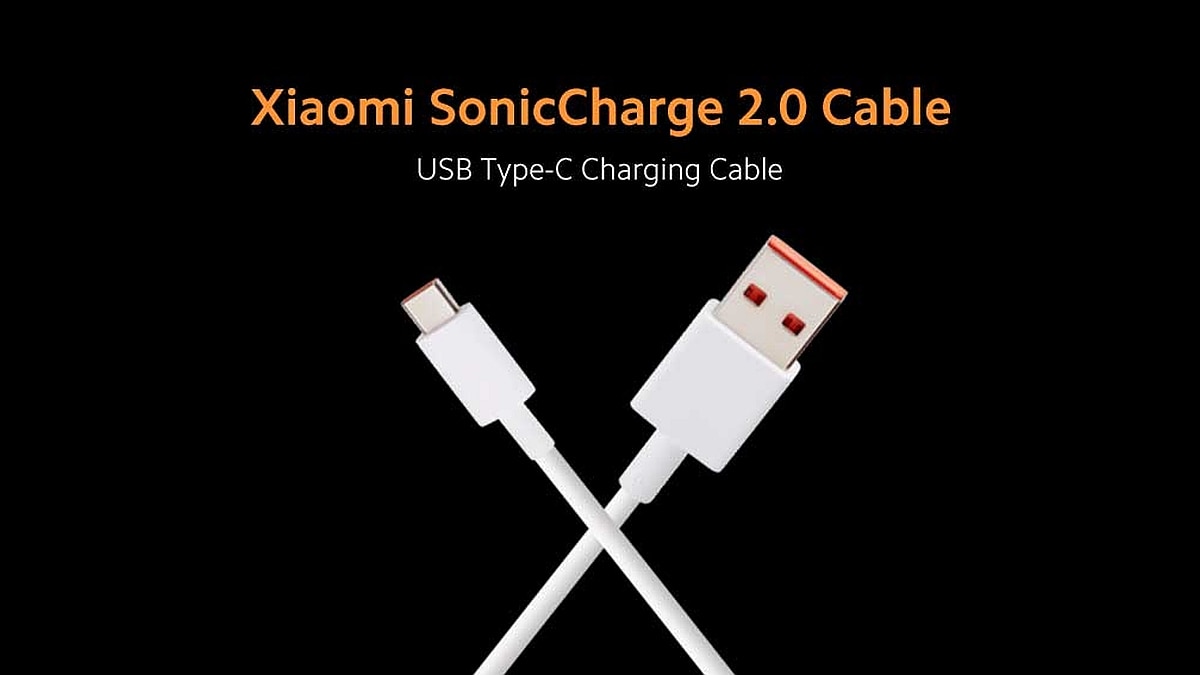 The Xiaomi SonicCharge 2.0 Cable is priced at Rs. 249. Xiaomi mentions in a tweet that the cable’s first sale will happen soon and it will be available to purchase through Mi.com, Mi Home, Mi Store, Mi Studios, and other offline stores. The SonicCharge 2.0 cable is available in a single White colour option with Orange accents. Xiaomi is offering 6 months of limited warranty with the purchase.

Xiaomi SonicCharge 2.0 Cable supports 33W fast charging. The USB Type-C cable also supports fast data transfer speeds of up to 480Mbps. As mentioned, the cable is 100cm (1 metre) in length and has a tangle-free and durable design. The cable has a USB Type-A connector on one end and a USB Type-C connector on the other. Xiaomi says the SonicCharge 2.0 Cable has gone through multiple quality tests and has a multi-layer protection.

In July, Xiaomi launched the Mi 67W SonicCharge 3.0 Charger Combo with Qualcomm Quick Charge 3.0 support. The 67W charger is priced at Rs. 1,999 and is offered in a sole White colour option. As the name suggests, it supports up to 67W fast charging. It comes with a USB Type-A port on one end and a USB Type-C port on the other.