Pets are no less than family and every dog lover can relate to it. We often end up treating them like our kids, forgetting the fact that they are animals (not humans). One such incident we recently came across was of a man, who treated his dog with cheese, in the most hilarious way. His girlfriend, named Molly Quell, took to Twitter to share the story. According to her tweet, instead of giving the cheese in a bowl or feeding from hand, the man directly grated it into their doggo’s mouth. Now imagine how messy it must have looked! Here’s what Molly wrote on Twitter:

I just walked into the kitchen to discover my boyfriend grating cheese directly into the dog’s mouth.— Molly Quell (@MollyQuell) September 3, 2021

That’s not all. In the Twitter thread she further went on describing how her dog was “covered in cheese”.

The dog himself is covered in cheese.— Molly Quell (@MollyQuell) September 3, 2021

What made the thread yet funnier was when the boyfriend responded to it. “In my defense, he’s a very good boi, 10/10 would grate again,” he wrote to which Molly replied, “I cannot even.”

This amusing conversation went viral in no time and garnered more than 276k likes, 14k retweets and more than 4k replies. While some people had a good laugh reading the tweets, others shared their experiences with their pets.

“My husband buys whipped cream and squirts it straight from the canister into the dogs mouths. They line up for this & wait expectantly. It’s disgusting (but also sort of cute),” wrote one.

“A good pup and a grate boyfriend, you’re a lucky person! Don’t worry, the dog WILL clean up the mess. Self-correcting, no harm no foul!” another tweet read.

A third person wrote, “My dogs would like to ask if they can move in with you.” 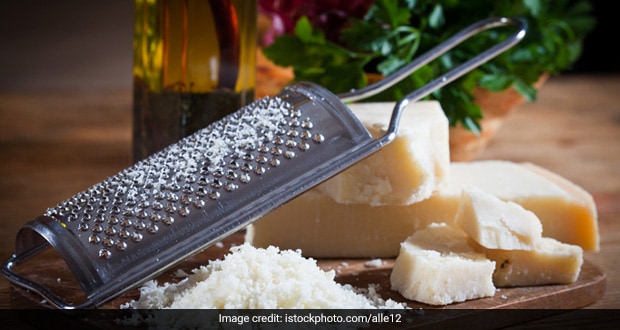 Here’re a few more funny replies on the Twitter thread.

My cat had an addiction to sprouts and comes to steal them whenever I add them to a salad or sandwich! pic.twitter.com/HAiFgwzjSF— Ms Molly Claire (@msmollyclaire) September 3, 2021

The beagles want this now! There don’t care that it’s L4 lockdown, they need their butler to go shopping asap to buy cheese and a grater pic.twitter.com/79dIQmYZcz— Manda QoP (@jamanda) September 4, 2021

What do you think of this funny antic? Do let us know in the comments below.