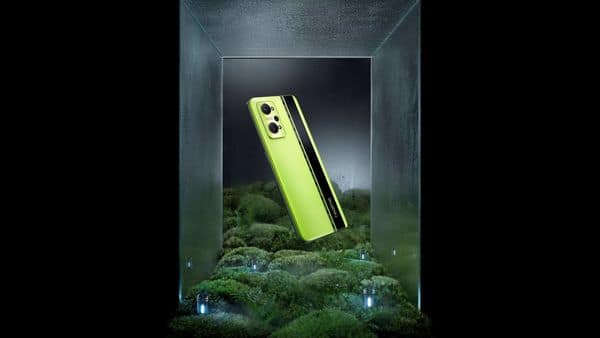 Realme has announced that it will launch its Realme GT Neo 2 smartphone in India on October 13. The device was launched in China last month, and will be making its way to the Indian shores later this week. While the specifications of the Realme GT Neo 2 are no mystery, smartphone manufacturer has been putting up various details about the device on its social media handles.

The Realme GT Neo 2 could also likely to be launched in European markets along with India. The pricing details for either regions is not known yet and is expected to be revealed after launch.

The Realme GT Neo 2 will be equipped with Qualcomm Snapdragon 870 5G processor, with its various cores clocked between 3.2GHz and 1.8GHz. The device will be available in three memory variants featuring either 8GB or 12GB of RAM and 128GB or 256GB of storage.

The 5,000 mAh battery on the Realme GT Neo 2 will come with 65W Superdart Charge, which the company claims can fully recharge the device in 36 minutes.

The display on Realme GT Neo 2 would be a Samsung E4 AMOLED panel capable of 120Hz refresh rate. The panel will get 600 Hz touch sampling rate, 1,300 nits of brightness, and use 15 per cent less power.

To cool the internals, Realme GT Neo 2 will use a stainless steell vapour cooling chamber which can reduce temperatures by up to 18 degrees Celsius.

The Realme GT Neo 2 is expected to come with a 64MP primary camera at the back, coupled with 8MP ultrawide sensor and 2MP macro lens. The front camera is likely to be a 16MP shooter with wide lens.

The smartphone will be launched in Neo Green, Neo Blue and Neo Black colour options.