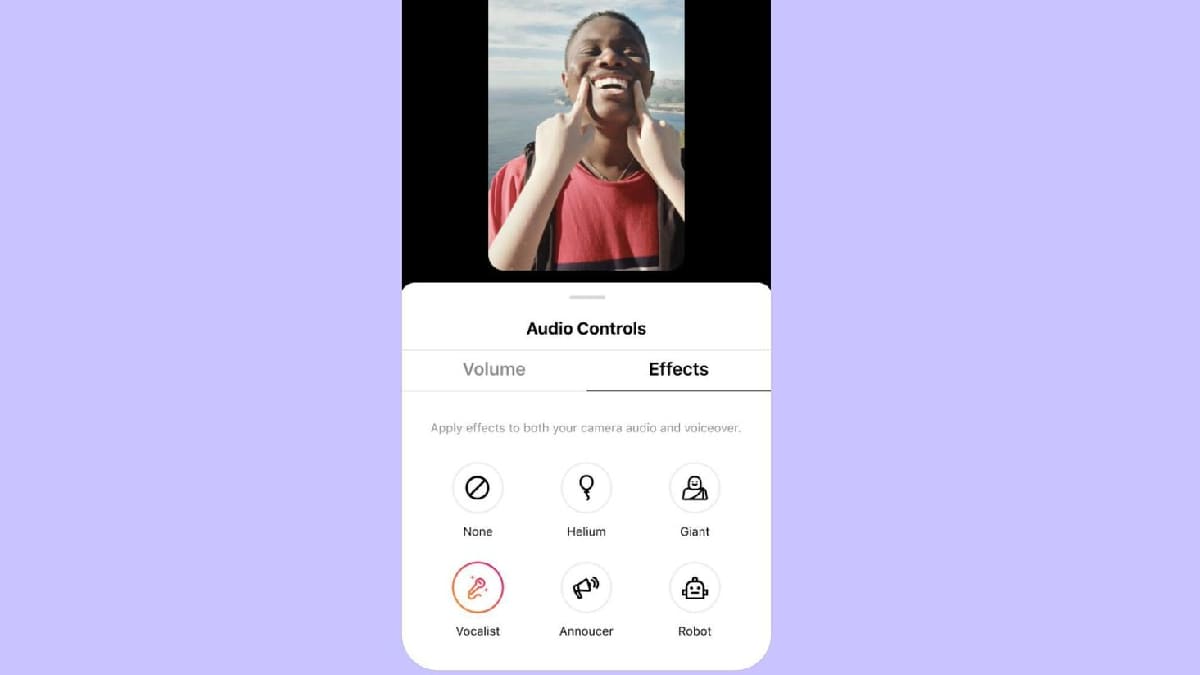 Instagram Reels is getting two new TikTok-like features. The latest audio tools called Text to Speech and Voice Effects offer content creators more options while creating Reels. The Text to Speech feature lets creators use an artificial voice to read any text they add instead of using their voice in the video, while Voice Effects can be used to modify the audio and voiceover in Instagram Reels. The latest features released by the social networking platform owned by Meta (formerly known as Facebook) are already available on TikTok.

Instagram on Thursday announced the latest updates via its community page. The Text to Speech and Voice Effects features are aimed at allowing users to be more creative with Reels. The Text to Speech option can be accessed via the text tool in the Reels camera. It enables an auto-generated voice to read the text one added to Reels aloud. As mentioned, Voice Effects gives you options to add an artificial voice to the video for narration instead of using your own.

To add the new text to the speech option on Instagram,

The new Instagram features are now being rolled out to users on both iOS and Android.