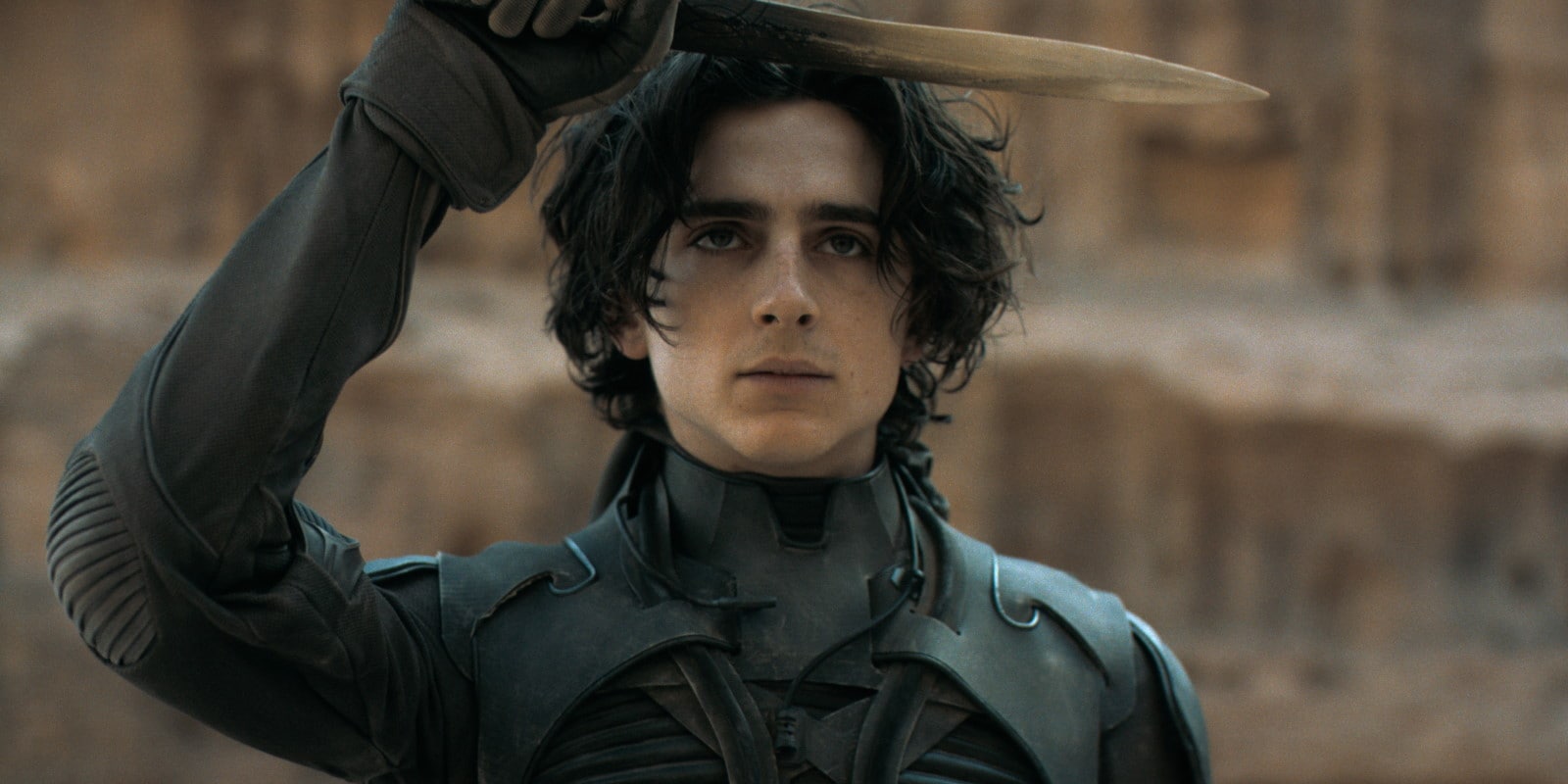 With Shiddat and Sardar Udham, brothers Sunny and Vicky Kaushal both have a movie of their own in October 2021. Vicky plays the titular freedom fighter who assassinated a British officer in Sardar Udham, coming October 16 to Amazon Prime Video. And in Shiddat, Sunny is trying to woo Radhika Madan, available October 1 on Disney+ Hotstar Multiplex. Meanwhile, Taapsee Pannu is fighting the athletics authorities in Rashmi Rocket, out October 15 on Zee5. Emraan Hashmi’s horror remake Dybbuk is also expected in October on Amazon Prime Video. And lastly, Dhruv Sehgal and Mithila Palkar return for Little Things season 4, premiering October 15 on Netflix.

Internationally, we have the return of Tom Hardy and his alien symbiote in Venom: Let There Be Carnage, available only in cinemas. Venom: Let There Be Carnage releases October 15 in India. There’s also the big-budgeted sci-fi epic Dune, releasing October 22 in cinemas, and on HBO Max (only in the US). The third season of Succession — an HBO series oft compared to Game of Thrones — begins October 18 on Disney+ Hotstar. Zack Snyder’s zombie heist movie Army of the Dead is getting a Europe-set bank heist prequel in Army of Thieves, rolling in October 29 on Netflix.

And at the start of the month, Jake Gyllenhaal stars in an American remake of a Danish movie. The Guilty is available October 1 on Netflix. Elsewhere, we’ve the animated Netflix epic Maya and the Three on October 22, and Issa Rae with Insecure season 5 starting October 25 on Disney+ Hotstar.

On October 7, Prime Video will offer a Malayalam-language remake of Andhadhun with Bhramam. Apple TV+ has the bilingual sitcom Acapulco (October 8) and the critically-acclaimed documentary The Velvet Underground (October 15).

Netflix has three returning series in On My Block season 4 (October 4), You season 3 (October 15), and Locke & Key season 2 (October 22). Plus, a new offering in Maid about a single mother (Margaret Qualley, from Once Upon a Time in Hollywood) trying to escape an abusive relationship. Maid arrives October 1 on Netflix.

When: October 1
Where: Netflix

Jake Gyllenhaal stars in this American remake of this 2018 Danish movie about one day of a police officer (Gyllenhaal) demoted to working at an emergency call centre which turns out to be a lot more eventful than he could have anticipated, after he gets a call from a kidnapped woman. The 2018 Danish movie was a terrific exercise in minimalism — drawing much tension from its limited setting — and it’d be interesting to see if director Antoine Fuqua and screenwriter Nic Pizzolatto can deliver that too.

When: October 1
Where: Disney+ Hotstar

Sunny Kaushal (The Forgotten Army), Radhika Madan (Mard Ko Dard Nahi Hota), Mohit Raina (Mumbai Diaries 26/11) and Diana Penty (Cocktail) star in this romantic drama that chronicles two parallel stories — one with Kaushal and Madan, and the other with Raina and Penty — from Jannat director Kunal Deshmukh. Delayed a year due to COVID-19, Shiddat skips cinemas for a streaming debut.

When: October 14
Where: Voot Select

Kate Beckinsale plays discredited journalist Beth Baker who tries to resurrect her career by proving the innocence of a young African-American mother (Jules Latimer) serving a life sentence for murder. But pardon my straightforward description — this isn’t a dark drama. It’s in fact a dark comedy.

When: October 15
Where: Netflix

Following a grown-up third season, creator and star Dhruv Sehgal is aiming to go out on a high with his millennial couple series. The fourth and final season of Little Things finds Dhruv Vats (Dhruv Sehgal) and Kavya Kulkarni (Mithila Palkar) making the tricky transition from young love to a more mature relationship. That means navigating questions around commitment, health, ambition and family, and in doing so, being as honest and intimate with each other as they’ve been in the past.

All Little Things season 4 episodes will be available at once on release date.

Taapsee Pannu plays a serial-winning track athlete who finds herself embroiled in a legal battle with the country’s athletic federation after it bans her over a nonsensical hyperandrogenism policy. For anyone who knows anything about Indian athletics, it’s clear that national champion and LGBTQ+ activist Dutee Chand is a huge inspiration for this film. The Rashmi Rocket trailer doesn’t outright acknowledge it, opting for the more generic “inspired by the struggles of several female athletes.”

Venom: Let There Be Carnage

Given the all-out horribleness of the first film — aptly summarised by its own dialogue, “like a turd in the wind” — you would imagine that a sequel would never happen. But thanks to the $856.1 million (about Rs. 6,350 crores) that Venom garnered at the box office, Tom Hardy and his alien symbiote are back. They are joined by Woody Harrelson’s serial killer Cletus Kasady, who appeared in Venom‘s end credits, with Hardy’s investigative reporter Eddie Brock drawn to Kasady.

Drawn too close apparently, as Kasady takes a bite out of Brock — and ends up with his symbiote Carnage. Michelle Williams and Reid Scott also return from the original. Naomie Harris joins as Kasady’s love interest and the superpowered Shriek, while Stephen Graham plays a detective trying to solve the Kasady cases. Andy Serkis directs Venom: Let There Be Carnage.

Watch the Final Trailer for Venom: Let There Be Carnage in English, Hindi, Tamil, and Telugu

When: October 16
Where: Amazon Prime Video

Vicky Kaushal plays freedom fighter Udham Singh who took revenge for the 1919 Jallianwala Bagh massacre by travelling to London 21 years later and assassinating Michael O’Dwyer, Punjab’s then-lieutenant governor. Madras Cafe and Gulabo Sitabo director Shoojit Sircar is at the helm, of what seems like will be an expansive recount of Indo-British relations at that time.

Sardar Udham was shot in India, the UK, Russia, Germany, and Ireland. Delayed over a year due to the COVID-19 pandemic, it’s finally now ended up a streaming exclusive with Amazon.

When: October 18
Where: Disney+ Hotstar

Of course, the question on everyone’s lips is what’s going to happen to the Roys. The dramatic second season ended with all-out drama, as Kendall (Jeremy Strong) got his groove back and threw his father Logan (Brian Cox) under the bus. And if the trailer is anything to go by, Succession season 3 is not going to be short on more drama. Nine episodes of it (instead of 10, thanks to COVID-19 again).

One episode each week until December 13.

When: October 22
Where: Cinemas + HBO Max

Villeneuve — and Dune fans — really need the first film to succeed because this is not a complete story. The Dune director has frequently spoken about Dune: Part Two, from how its existence depends on Dune’s performance to Zendaya taking over as protagonist in the sequel. Will we actually get to see it? Time will tell. But for now, we can finally take in Dune: Part One. Available in cinemas in India and the US, and also on HBO Max (for the first month) in the US.

Watch the Final Dune Trailer in English and Hindi

Maya and the Three

When: October 22
Where: Netflix

Emmy-winner and The Book of Life director Jorge R. Gutiérrez offers a nine-part animated fantasy series that draws on Mesoamerica mythology, soap operas, and The Wizard of Oz. It’s set pre-conquest, before Spain invaded the Aztec Empire in the 16th century.

In it, the titular fifteen-year-old princess (Zoe Saldaña) enlists the help of a Caribbean wizard, an albino archer, and a giant barbarian from the mountains to fulfil a prophecy and put an end to a war that has erupted between the humans and the Gods.

Maya and the Three is a four-and-a-half-hour epic divided into nine episodes, available to binge at once.

Netflix’s Quest for World Domination Includes a Diversity in Animation

When: October 25
Where: Disney+ Hotstar

Co-creator, star and writer Issa Rae is set to bid goodbye to her comedy-drama series, as its characters — played by Rae, Yvonne Orji, Jay Ellis, Natasha Rothwell, Amanda Seales, and Courtney Taylor — evaluate their relationships, both new and old, in an effort to figure out who and what comes with them in this next phase of their lives. The fifth and final season of Insecure will run for 10 episodes, wrapping up post-Christmas on December 27.

When: October 29
Where: Netflix

Six years before the events of Zack Snyder’s zombie heist movie Army of the Dead at the start of the zombie apocalypse, Matthias Schweighöfer’s German safecracker Ludwig Dieter is hired by a mysterious woman (Nathalie Emmanuel, from Fast & Furious 9) for a series of safecracking heists. Think of it as The Italian Job while a zombie threat grows globally. That’s how Snyder and director Schweighöfer pitched it to Netflix too.

Watch the Army of Thieves Trailer

Emraan Hashmi stars in the lead of this Hindi-language remake of the 2017 Malayalam-language supernatural horror Ezra — which in itself was a remake of the 2012 American movie The Possession — about a couple caught up with a haunted dybbuk box. (The real dybbuk story is part Jewish mythology and part eBay selling tactic, the stuff that Internet dreams are made of.)