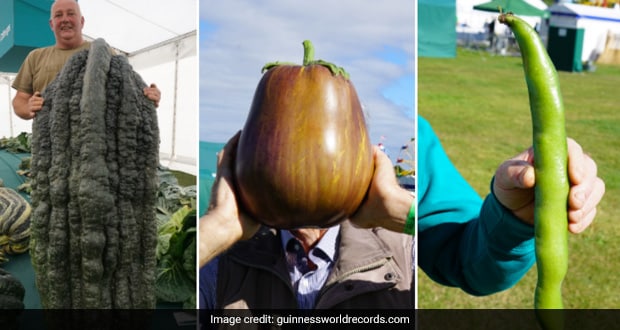 Growing vegetables is an art. It needs proper care, patience, skill and environment to grow a perfect looking, nourished potato, tomato, cauliflower and more. And some people take this art to a different level where they experiment with their cultivation procedure to grow something unique and exciting. We recently came across one such news where huge-sized vegetables are put up for world championship. Yes, you heard us. Every year, the United Kingdom organizes Giant Vegetable Championship – CANNA UK National Giant Vegetables Championship – where people participate with giant-sized vegetables they grow in their farm. This year, the championship, organised in Malvern, Worcestershire, also saw several participants who submitted their vegetables for the run.

According the official Guinness World Records website, 2021 saw four winners and they were eggplant, leek, marrow and broad bean. Let’s find out more about these winning vegetables.

This vegetable weighs 3.12kg and was grown by Peter Glazebrook, from Nottinghamshire, UK. It weighed 60gram more than the previous record eggplant. 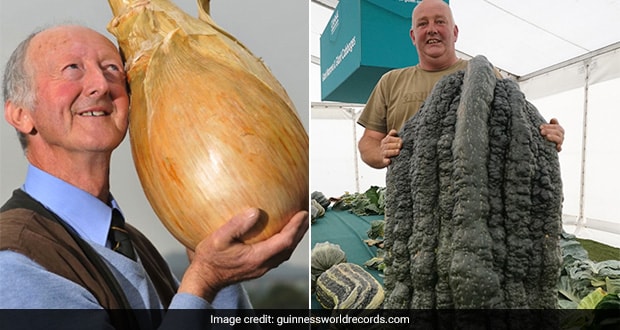 This marrow weighs 116.4 kg and was grown by Vincent Sjodin, from Barry Island, South Wales. It broke the previous record by 22.7 kg.

The heaviest broad bean pod weighs 106gram and was grown by Joe Atherton. As per reports, this man from Mansfield has broken 16 Guinness World Records titles to date. 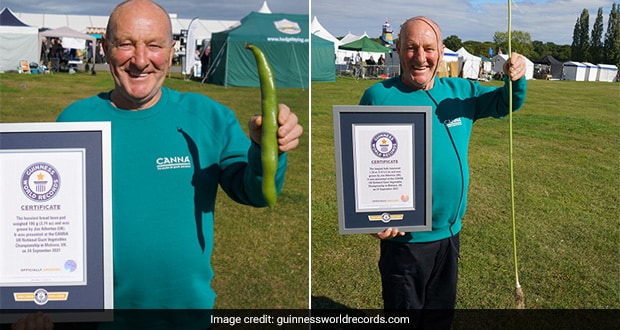 This record-breaking leek measures 1.36 m (4 ft 5.5 in) and as per the Guinness World Records website, the long leek “is almost tall enough to ride rollercoasters”.

About Somdatta SahaExplorer- this is what Somdatta likes to call herself. Be it in terms of food, people or places, all she craves for is to know the unknown. A simple aglio olio pasta or daal-chawal and a good movie can make her day.