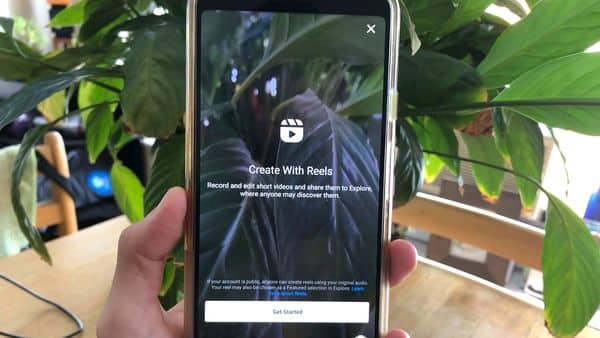 For the uninitiated attempting to use Instagram’s “Reels” tool can feel a bit like learning how to ride a bike—on a tightrope, wearing a parakeet on your head, while everyone you know tunes in to watch you wobble. “The minute we master something on Instagram we’re thrown something new that we have to learn how to do,” said Jean Liu, a Dallas interior designer. Launched in August 2020, the feature lets users share videos of up to 60 seconds—similar to TikToks, or sometimes blatant reposts from that platform—on their feeds. Ms. Liu attempted to post her first solo Reel in June, in which she panned over clay tile samples. But she took it down within minutes after realizing she forgot to add tunes. “Even now, I don’t really know how to do that,” she said.

Still, Ms. Liu said she would be hopping back onto the Reels saddle because her business relies on ballooning her audience. “Each time we take a prospective client call, we ask, ‘How did you find us?’ and the answer most of the time is, ‘I found you on Instagram,’” she said. The pressure is on to master Reels, which these days, said the platform’s Reels Product Director, Tessa Lyons-Laing, is “the largest contributor to engagement growth.”

To record a Reel of your own, tap the “Play” symbol at the bottom of the app’s home screen, then hit the camera icon at the upper right to film yourself, say, testing your new Theragun massager on an unsuspecting teddy bear. Click the musical notes to add tunes (which will play as people view your video) from Instagram’s extensive music library, which has tens of millions of songs licensed. You’ll also find other tools to try along the left hand side, including alternate reality effects that will put, for example, butterflies and freckles on your face, as well as the option to change your video’s speed.

Can’t handle the pressure of filming your video on-the-spot? You can also upload any clip up to 60 seconds from your phone’s archive to turn into a Reel by clicking the box at the bottom left of the Reels camera screen, which links to your camera roll. For more detailed directions, check out YouTube channels like “Modern Millie,” which offer user-friendly tutorials and tips including how to add a voice-over.

Hook ‘em within three seconds. “If people are scrolling past, then that is the first signal to the algorithms that this content isn’t going to hold attention,” said business strategist Brendan Kane, author of “One Million Followers.”

Follow a digital-era version of the Golden Rule, producing videos that you yourself would want to watch, said Ms. Lyons-Laing. The most successful Reels are simple and relatable. (Cue cooking mishaps and misbehaving puppies.)

That said, just because you pore over Reels of ineffably cool people dancing in sync, don’t assume your uncoordinated self can’t make a Reel. Show off a collection. Film a walk down a Milanese street.

Add text labels to describe what your video is about and closed captions for people with disabilities, suggested creative director Karen Cheng, who has a million followers. They also help tip off viewers to what they are getting into and why they should care.