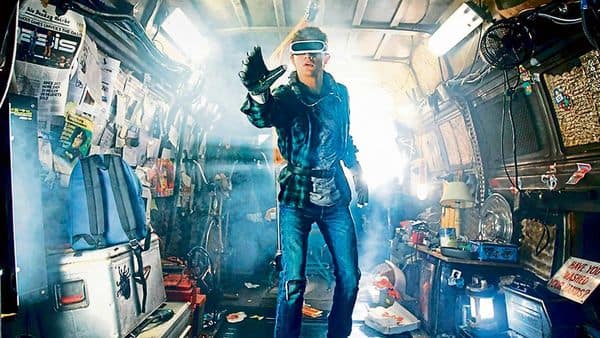 In a 24-hour experiment with a virtual reality headset, Wall Street Journal personal tech columnist Joanna Stern described the metaverse last month as fractured, freaky, sometimes frightening, but also kind of fun. All in a (virtual) day’s work, she traveled, exercised and played games. As a “legless torso that glides as a ghost,” she even met with her editor. In real life, she nursed a headache.

For the consumer, the metaverse doesn’t seem ready for prime time. But given its fabled promise, maybe it is these nascent shortcomings that make this piece of the so-called “Web3″ especially attractive for investors to dive into right now.

Cryptocurrency seems to be attracting everyone from the tech elite to musicians as a way to dip one’s toe in the virtual water. Whether or not cryptocurrencies eventually replace “fiat” ones like the U.S. dollar, as enthusiasts predict, the blockchain technology they are built on will no doubt rule in the metaverse.

Blockchains are essentially public, permanent digital ledgers on which cryptocurrency transactions—among other things—can operate. They enable decentralized, secure and fast transactions and have no physical form—perfect for a virtual realm uniting different people holding different currencies all across the physical world. Cryptocurrency may still seem, well, cryptic to you, but it is a good analogy for investing in the metaverse itself: You don’t necessarily have to be sure of its destination to bet it is likely to take off.

Unlike fully baked industries, which boast years of user and sales metrics, even the most informed bet on the metaverse right now would be something of a leap of faith. Perhaps real estate is a good analogy: The best investments are often in the neighborhood you believe will become something in 10 years, not the neighborhood that is already something today.

Videogame makers already create multiplayer worlds that are akin to miniature mateverses. They are now selling virtual clothing, weapons and other gear in the form of NFTs. The hope is that people will be able to trade and resell them, and use them across games and on next-gen social media. This month, the Journal reported Zynga and Ubisoft Entertainment are already experimenting with this strategy, while Electronic Arts, Playtika and others are also eyeing the use of NFTs to engage players in the future.

Formerly Facebook, Meta Platforms is betting the next generation of social media is the metaverse. The company offers a virtual reality space for business meetings now in beta (something Microsoft will also soon offer with Mesh). Meta is already big into VR headsets, like the one the Journal’s Ms. Stern used for her experiment, and it is now buying into VR game companies.

But its social media competitor Snap, which has long called itself a camera company and eschews the term metaverse, is challenging Meta in the virtual world, too. It has offered augmented reality features Lenses and Spectacles for years now. And back in 2016, it acquired the maker of Bitmoji, a personalized cartoon avatar one can create. Today, the company says 200 million people are engaging with its AR technology every day to do things like try on clothing, learn about space, history and art, and even take care of digital pets.

In other words, you may already be invested in a future metaverse company without even knowing it. Computer systems company Nvidia already has the Omniverse. Google parent Alphabet is focused on developing artificial intelligence and Apple is already knee-deep in wearables. Even online dating platforms are starting to talk about more virtual applications. Bumble has said it is actively exploring the role of its friendship feature BFF in the metaverse, noting not just a social experience but virtual goods that users could acquire via blockchain. Match Group’s Tinder is testing an in-app currency daters can use to pay for premium features and receive as gifts. In its third-quarter shareholder letter, Match also talked about a test by recently acquired Hyperconnect of a live virtual world called “Single Town,” where singles can engage with others as avatars.

For companies not yet in the metaverse, it is easy to see where they would find value. “Teleport” to a private bubble, as Mark Zuckerberg recently described the experience, and one day you could find online travel agents selling you trips to remote, real-life locales. Owners of virtual homes in the metaverse might rent them out on platforms like Airbnb. Whatever your feelings on automated home flippers, the algorithmic assessment of property values would be well-suited to virtual properties. Consider the benefits to unit economics: In the metaverse, even the renovations would be digitized.

Snap said it initially started working on silly AR lenses like puppy faces in part to lower the barriers to self expression. Now it says its users are playing with its AR technology on average more than six billion times a day. Maybe the same will play out in the metaverse for shy consumers in the dating world, or for companies who want to try out a new concept but can’t afford to take the risk of spending big bucks on physical storefronts, supplies and labor.

If the metaverse really is to be the next generation of the Internet, then pretty much every tech company will want to find a way to adapt to it, or else risk fading in the real world. That means that even if the concept of using the metaverse still seems remote to you, your investment in it could be inevitable.