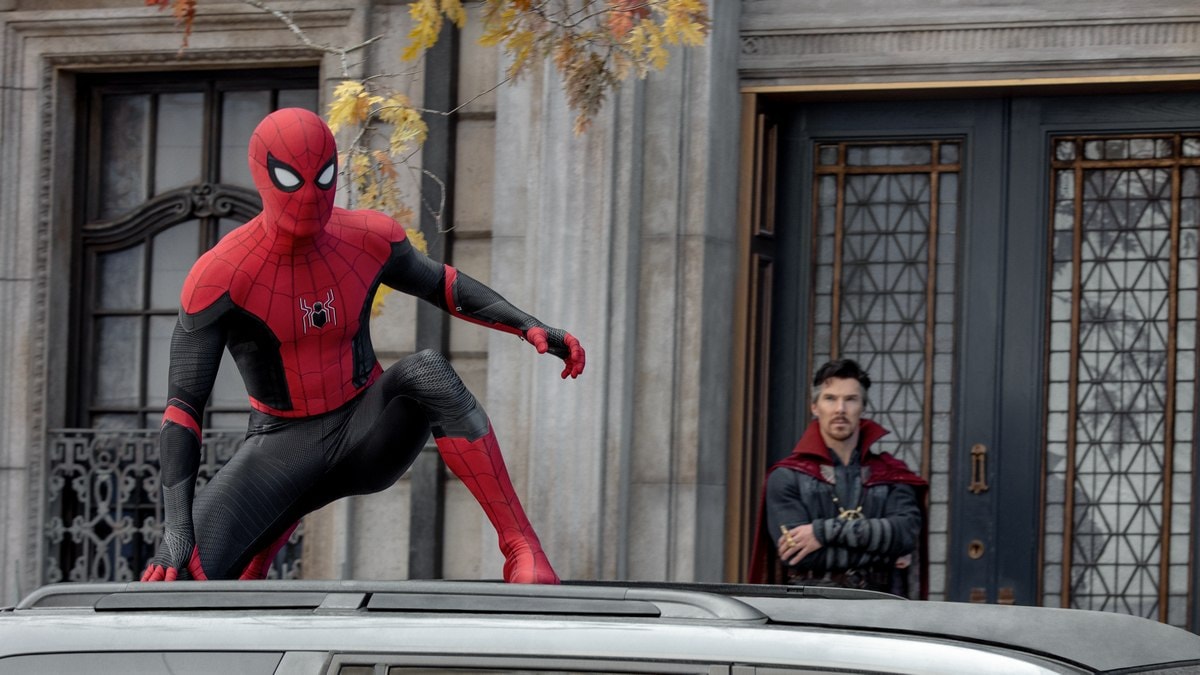 The latest Spider-Man movie is said to be one of the best movies in the Marvel Cinematic Universe (MCU) which were released in 2021. Some critics mention that the movie is best enjoyed at “face value.”

Here are some of the reviews for Spider-Man: No Way Home:

Alonso Duralde writes, “Of all the superhero movies currently on the market, the adventures of Spider-Man and his pals have always seemed most closely tethered to a recognisable, relatable reality, perhaps because they tell a story about high-school kids rather than demigods or aliens or obsessed billionaires.”

“Spider-Man: No Way Home hits all the right notes as the MCU’s latest entry. Its impact on the universe as a whole, as well as the overall emotional beats, all feel earned. Stellar performances meet what feels like a Saturday morning cartoon rife with all the devastating punches we’ve come to expect from this sneaky universe. Though it struggles with some tired superhero tropes, everything else about it will leave fans grinning ear-to-ear,” writes Amelia Emberwing.

Don Kaye writes, “Spider-Man: No Way Home ends a strange year for Marvel on a strong note. While 2021 featured an enjoyable if redundant prequel (Black Widow), a compelling debut for an obscure hero (Shang-Chi and the Legend of the Ten Rings), and an experimental if divisive spectacle featuring even more unknown characters (Eternals), No Way Home channels the entire spectrum of Spider-Man movies while setting the character on a course all his own at last. Make sure you stay for the credits.”

Benjamin Lee writes, “It’s flawed for sure but still moves with more deftness than most (arriving after Eternals is a blessing for any Marvel film) and there’s an ending that suggests an awareness of its roots (post-credits scene aside), hinting at a promising way forward rather than back. Consider the curse of sorts sort of broken.”

“This is the least fun of the Watts/Holland pictures by a wide margin (intentionally so, to some extent), but it’s a hell of a lot better than the last Spidey threequel, Sam Raimi’s overstuffed and ill-conceived Spider-Man 3,” writes John Defore.

Hoai-Tran Bui writes, “If you poke too many holes in the narrative, “Spider-Man: No Way Home” starts to become undone. But if you take it at face value, it’s a sweet, moving swing of a “Spider-Man” film that (mostly) manages to land.”

“The movie can be ungainly at times, and it’s much too committed to setting up even more craziness to play out in upcoming Marvel product (these aren’t standalone films so much as overloaded episodes, after all), but it provides enough resolution for the past two decades of Spider-Man adventures that audiences who’ve tuned out along the way will be rewarded for giving this one a shot,” writes Peter Debruge.

The Gadgets 360 review of Spider-Man: No Way Home will be out soon.