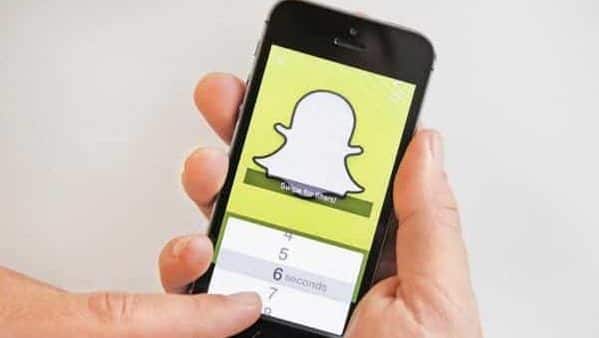 Snapchat clocked 102.4 million downloads on Google Play Store in India between January and August this year, according to web analytics service provider Similarweb. During the same period, Instagram fetched 230 million downloads on Android devices in India. A digital media agency executive notes that Snapchat had merely 7 million monthly active users or MAUs in India in June 2019. According to industry estimates, the MAUs have grown 7 times since then.

Gen Z-ers and millennials now are back to using Snap Inc’s flagship app for its better-quality augmented reality (AR) filters to create videos, or because they find Instagram too “addictive” or “anxiety-inducing”. An industry insider told Mint that many film industry celebs are back on Snapchat under aliases to interact with their friends because Instagram is “too public”.

Companies like Nykaa, Spotify, Netflix and Myntra have increased their ad spends on the platform, say influencer marketing agencies. “Snapchat marketing is a smart investment for brands. Though the platform is less talked about in campaign strategy meetings, it holds a unique place in the market, thanks to its AR filters, games, and personalised stories by the creators,” says Prince Khanna, co-founder of influencer marketing firm Eleve Media.

Snapchat is still one-third the size of Instagram in India in terms of daily and monthly active users (DAUs and MAUs) on Android phones, but data shows it has been growing steadily and performing better than some of the buzziest homegrown TikTok alternatives like MX TakaTak and Josh on both parameters.

Between January and August 2021, Snapchat fetched an average of 24.7 million DAUs on Google Play Store as against MX TakaTak’s 5.9 million and Josh’s 2.5 million, as per Similarweb. It also registered an estimated 59 million MAUs compared to 24.8 million for MX TakaTak and 13 million for Josh, a short-video-sharing platform from the makers of DailyHunt news aggregator app, says data from Similarweb. MX TakaTak, however, told Mint that it has 150 million MAUs across devices.

Digital marketers argue it may not be entirely accurate to compare Snapchat with TikTok clones as the former is a user-generated content platform whereas the rest are led by influencers and content creators. That said, all these are ultimately short-video-sharing social media platforms vying for advertisers’ finite digital marketing budget.

“Snapchat has seen a 100% (year-on-year) growth in daily active users (DAUs) in each of the last five quarters, which is a good indication to take notice of the platform,” says Amyn Ghadiali, VP – business and strategy at digital agency Gozoop. This has sparked advertiser interest especially for its AR marketing campaigns targeting a younger audience in the 13-24 age group.

It was recently announced that Snapchat Lenses—the AR filters that people use to make videos and cross-post other platforms like Instagram—will be integrated into the cameras of JioPhone Next, a collaborative smartphone project between Reliance Industries and Google. Moj, a short-video app by ShareChat with over 100 million installs, already has Snapchat Lenses integrated with its camera feature. Snapchat’s parent company Snap Inc. had rebranded itself as a camera company ahead of its IPO in 2017. The success of its AR capabilities is reported to have significantly contributed to its global comeback as the company recorded an all-time high revenue of $911 million in Q4 of 2020 and then surpassed it with $982 million in Q2 of 2021.

In spite of this, Snapchat isn’t yet a “media necessary” platform [in India], says Ghadiali of Gozoop. It has been growing but if less-savvy marketers still prefer Instagram’s reach.

Snapchat remains a favourite with users and marketers for its features. Shah of Superfan Studio says he finds value in the app’s Map feature that lets you watch snaps from users around the world, without revealing the user identity, a feature no other short-video-sharing platform has right now.

“If someone were to ask me to delete one account I would have to go with Instagram because I have too many pictures on Snapchat,” says Tanvi Chauhan, 16, a science student from Kolkata. Chauhan had downloaded Instagram for a week in 2018 but deleted the app after realising “how addictive it was.” She reinstalled Instagram for Reels last year when TikTok was banned in India.

Saransh Arora, 24, spends more time on Instagram than Snapchat, but feels “Instagram is too much to digest at times with posts, Stories, Reels, live, and IGTV all in one place.” Snapchat has stuck to sending pictures, he says. Arora, a business development professional at a creative agency, admits to having 1000-day long streaks (of sharing snaps consecutively) with some of his friends.

“Snapchat is like a home for me while Instagram is like a club,” says Srishti Millicent, 27, a digital marketer from Chandigarh. “I will prefer Snapchat to stay connected with a loved one,” she says.