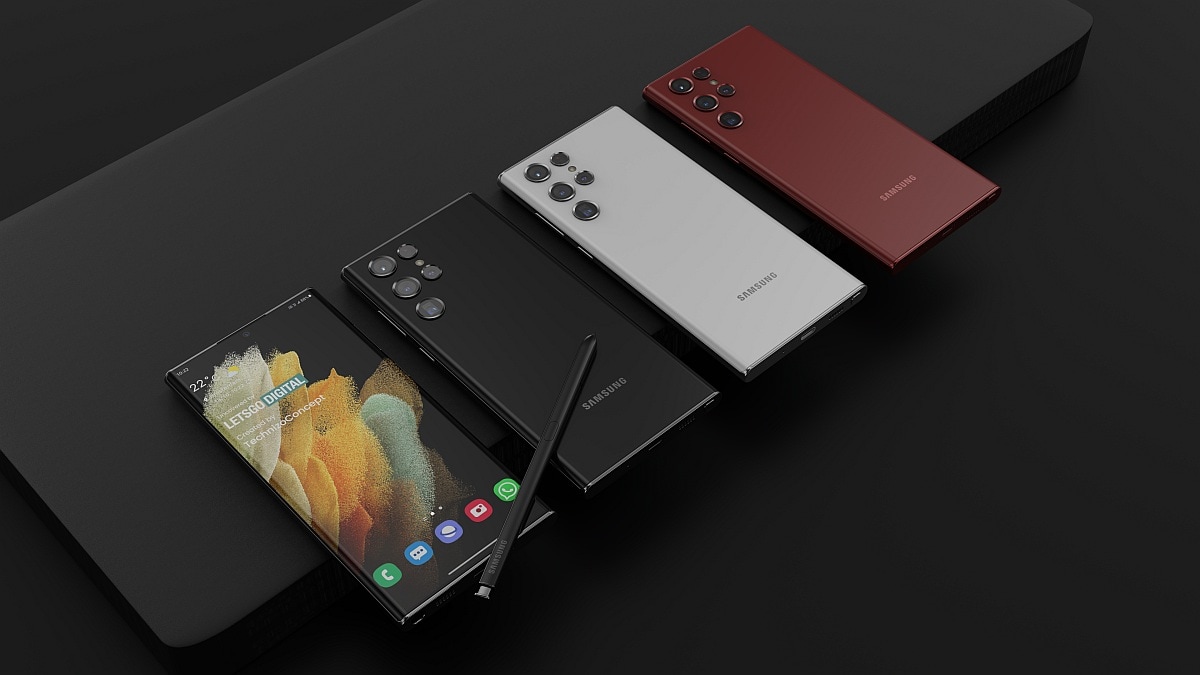 In the video shared by notable tipster Steve Hemmerstoffer (@OnLeaks), the design of the upcoming Samsung Galaxy S22 series is fairly visible. The Samsung smartphones are said to be dummy models, but unlike the dummy models of the Google Pixel 6a and OnePlus 10 Pro which were seen as rough aluminium slabs, this video shows the smartphones in their final form. The Galaxy S22 series has been tipped to launch on February 8.

As with all leaks, this should also be taken with a pinch of salt. Samsung hasn’t provided any official mock-ups of the smartphone, so it is likely that these dummy models were created by a third-party designer from the renders that have surfaced online till now.