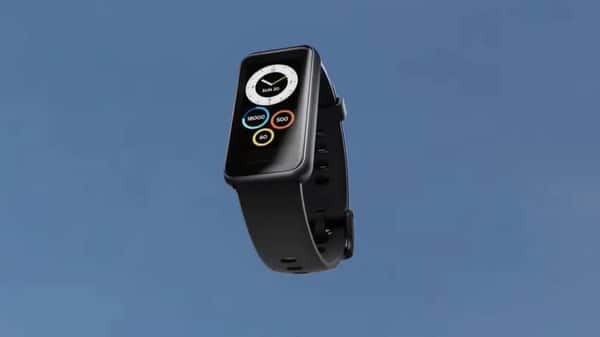 Realme has launched the new Band 2. The fitness band comes with a colour touch display. The brightness has been increased to offer more sunlight legibility.

The Realme Band 2 will go on the first sale on 27 September and it will be available at a price of ₹2,999. The fitness band can be purchased via Realme.com, Flipkart and other mainline channels.

Realme Band 2 will feature a 1.4-inch colour touch display. It comes with a brightness of 500 nits and 167*320 resolution. The band is powered by GH3011 sensor and features real-time heart rate monitoring. It gets blood oxygen monitoring as well as 90 sports modes such as running, hiking etc.

The Narzo 50 series will be made available via Realme.com, Flipkart and other mainline channels. The first sale will go live on 7 October, along with the Flipkart Big Billion Days sale.

The Realme Narzo 50A features a 50 MP AI triple camera and will be powered by MediaTek Helio G85 processor with 12nm Octa-core, ARM Cortex – A75, ARM Mali G52. The smartphone also gets a 6000mAh battery with 18W quick charger.

The Realme Narzo 50i is powered by an Octa-core processor and comes with a 5000mAh battery.