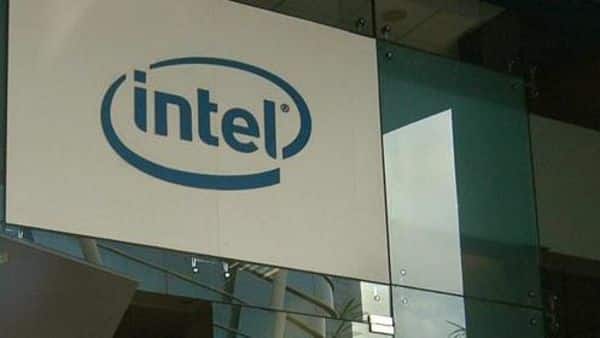 On Tuesday, Randhir Thakur, a senior vice-president at Intel Corp., and also president of Intel Foundry Services, lauded the ₹76,000 crore incentive scheme for semiconductor design and manufacturing in India–a proposal that was approved by the union cabinet on 15 December.

He tweeted: “Congrats to @GoI_MeitY @AshwiniVaishnaw @Rajeev_GoI for Semiconductor design & manufacturing incentives for India as a hub for electronics & semiconductors. Glad to see a plan laid out for all aspects of the supply chain: talent, design, manufacturing, test, packaging & logistics”, to which Ashwini Vaishnaw, India’s Minister of Communications, Electronics and Information Technology, responded saying, “Intel-welcome to India.”

While Thakur’s comments are being perceived as an expression of interest in India as their next manufacturing destination, Intel says it has no such plans–at least for now.

In response to an email query by Mint, an Intel spokesperson said, “Intel India is Intel’s largest design centre outside of the US and we have been investing towards accelerating innovation and design engineering in India over the last two decades. However, we have no new plans to announce at this time.”

Thakur reports to Intel CEO, Pat Gelsinger. His reports come at a time when he has been inducted as a member on the board of Tata Electronics–a subsidiary of the Tata Group that is also planning to venture into semiconductor manufacturing. The Tata Group has set aside up to $300 million to build a semiconductor ATMP unit in India and has been in talks with several state governments, Reuters recently reported. Thakur took up a board position at Tata Electronics in August, while continuing in his existing role at Intel, Mint recently reported.

Tata Electronics was yet to respond to an email asking for a comment on the story at the time of going to press.

Industry analysts believe the tweet by Intel was purposeful. “Intel is a very important player in the entire semiconductor value chain and GOI’s announcement is a promising move. So not just Intel, other players will be looking forward to it. A strong semiconductor ecosystem will push the overall make in India programme,” said Tarun Pathak, research director at Counterpoint, a market research firm.

The ₹76,000 crore scheme has started to draw attention from large enterprises with deep pockets. Last week, Vedanta Group announced its plans to invest $15 billion to make displays and semiconductors in India. The investment will be made in phases over 5-10 years through a group company, Avanstrate Inc, which makes special glass used in LCD panels. During the first phase, the company will spend $5-10 billion on semiconductor manufacturing.

Under the scheme, India is planning to build over 20 units for semiconductor designing and manufacturing in the next six years and will train 85,000 semiconductor engineers.

To be sure, India has been aiming to set up semiconductor units since 2005 but hasn’t succeeded. Intel did announce an investment of $1 billion in India in 2007 when Craig Barett was the CEO but there was no commitment to set up a fab even at that time.

Intel is still the leading supplier in the x86 CPU segment, however, its market share has shrunk in the last few quarters with the revival of old rivals Advanced Micro Devices (AMD) under CEO Lisa Su. Intel’s market share fell by 4.2% year-on-year (YoY) to 77% in the July-September quarter, as per a Mercury Research report. Processors made for laptops, desktops and servers are based on x86 architecture. Early this year, Intel had announced that it will spend $20 billion to set up two new manufacturing facilities in Arizona, US.

India is a key market for Intel. In addition to PCs powered by Intel chipsets, the company has been part of several accelerator programs for startups in India. Last year, Intel’s investment arm Intel Capital had invested ₹1,894.50 crore in Jio Platforms.

Rajeev Chandrasekhar, minister of state for electronics and information technology, said, “After the government’s semiconductor policy and package announcement there has been 100% significant interest from major global players in semiconductor manufacturing, design, testing, packaging as well as research. Therefore, all the major players, and there are a handful of them in the semiconductor space, are actively looking at India and much more seriously than before. Our policy and package is a clear signal to the world that India is ready and has the ambition to become a significant player in the space.

Setting up a semiconductor fab is the most complex manufacturing process and it will take painstaking work from both the government as well as the interested companies to take it forward.