Sweaty, wild, pungent. Three adjectives I never thought I’d encounter in relation to India’s – and dare-I-say, the world’s – favourite beverage of choice, tea. Call it chai, shay, chur-chur or chaha, the humble two-leaves-and-a-bud has us all ensnared in its grip, leaving us collectively addicted to our quotidian morning cuppa.

A new-fangled tea drinker (black, two sugars, no milk please!), I recently found myself grappling with various strange tea terminologies like the aforementioned three. Words and phrases that bewildered me to say the very least. But more on those a little later.

I was on a trip to India’s premier tea producing belt of Upper Assam, a region that lies on the fertile south banks of the mighty Brahmaputra river, India’s only male named river. My mission: to learn as much as I possibly could about the region and its world-class teas. 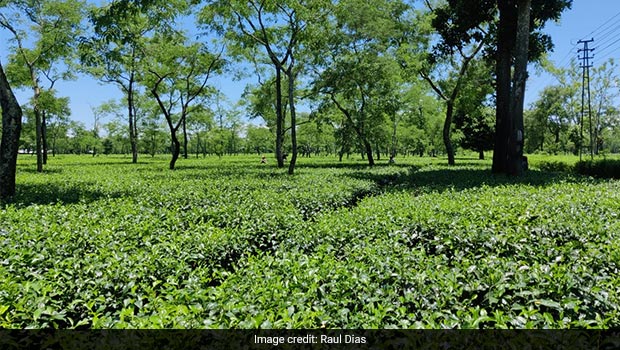 The old tea estates in Assam, that we all set up during the British Raj, are no less awe-inspiring in terms of their magnitude, but also how the tea industry and nature coexist in the most wonderful way. The resulting product is a fantastic cup of tea.

My first stop was at the historic Moran Tea Estate that was set up by the British in the 1864 century. Today, a part of the prestigious Kolkata-headquartered Luxmi Group (see box) that owns several magnificent tea estates in Assam, Tripura and West Bengal-with recent forays in places as unique as Rwanda in East Africa, Moran is not just one of India’s largest estates, but oldest too and a place steeped in time.

Belonging to the most prestigious tea growing belts in the richest tea region of Assam, close to the city of Dibrugarh, the Moran Tea Estate is known not only for its focus on quality but also for good environmental stewardship and ethics. The plantation covers 1092 acres of the area. Besides the fact that the estate grows some of the finest teas in all of Assam, the estate is also home to medieval tanks and tombs built by the Ahom kings that stand testament to the time before the British Raj. 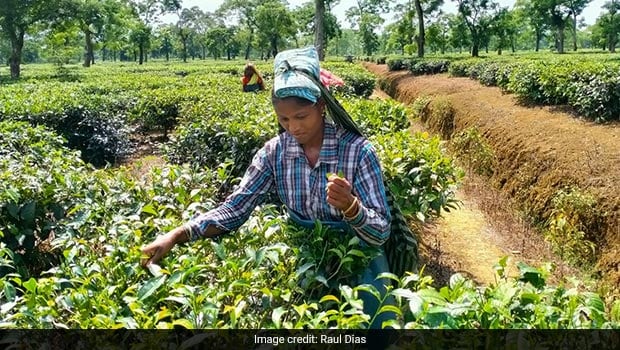 Taken around Moran by estate manager Subrata Sikdar, my first stop was to see the picking of the famous two-leaves-and-a-bud by skilled women pickers who work in three shifts from dawn to early dusk in the jade green tea plantations (called divisions) under the shadow of the very essential shade trees. As tea cannot be picked under direct sunlight, I was informed.

As one might know Assam is famous for its special brand of black tea which is the golden product of Assam’s tea industry. At Moran, CTC or cut, tear and curl type of tea, which is preferred in India, is mainly produced with lesser amounts of the rolled or orthodox tea made for international markets like Iran, primarily.

While leaf to cup tea can be achieved in a relatively short 20-hour timeframe, the process is a tad complicated with numerous steps involved, as was shown to me at the mammoth factory. In light of brevity, I’ll give you a concise version of the CTC tea production process. This involves withering of the harvested crop, green leaf shifting, reconditioning, rolling, fermentation, drying, grading and sorting and packing.

Orthodox tea on the other hand has an entirely different process wherein the rolling process is essential. As the withered and conditioned tea leaves pass through the rolling table, the cell walls of the tea rupture. The cell contents are then exposed to the atmospheric oxygen and oxidation starts. For giving the leaves a desired shape, the rolling machine twists the leaves and also cut down the bigger twisted leaves into size.

What got me most excited was the ‘professional’ tea tasting process at the estate’s tea lab that’s mostly reserved for the tea traders, agents and distributors. Ceramic bowls of ‘liquor tea’ as the pure, steeped tea is referred to are laid out where the tasters slurp in the tea through their teeth to aerate it and then, much like wine tasting, proceed to spit it out. The next round sees a drop of milk added to the bowls and the same process is repeated. All for that perfect cup of tea…

Back at the estate’s colonial-style guesthouse cottage where I was put up, in keeping with the tea theme, the cook surprised me with a divine, almost sculptural chai panna cotta after a scrumptious Assamese lunch and tall glasses of refreshing black iced tea. Served ensconced in a spun sugar nest, the tea taste came through with each scrumptious bite. I simply had to ask him for the recipe that he very graciously provided me with and one that I’m reproducing herewith below for you to try.

About Luxmi Group: Established back in 1912, Luxmi Tea is a 30 million kilogrammes annual tea-producing premium Made in India brand that shares the likes of Queen Elizabeth II and the in-house members of the Royal Palace at Buckingham. In fact, Prime Minister Narendra Modi on his visit to the UK in 2015 chose the brand as a gift for Her Royal Highness. Back in the early 1990s, when the tea industry was predominantly British, under the tutelage of P.C. Chatterjee, Luxmi Tea became an Indian movement for self-reliance and as an expression of freedom from the British Raj. Luxmi’s tea gardens adoption of permaculture and organic farming has been the first step to sustainability as most of the group’s estates have shunned the use of chemical additives and are switching to natural remedies. 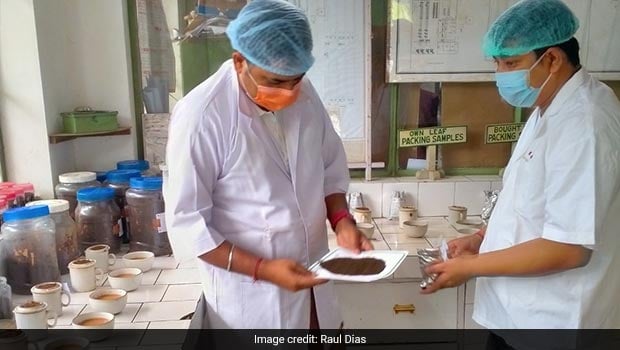 Disclaimer: The opinions expressed within this article are the personal opinions of the author. NDTV is not responsible for the accuracy, completeness, suitability, or validity of any information on this article. All information is provided on an as-is basis. The information, facts or opinions appearing in the article do not reflect the views of NDTV and NDTV does not assume any responsibility or liability for the same.