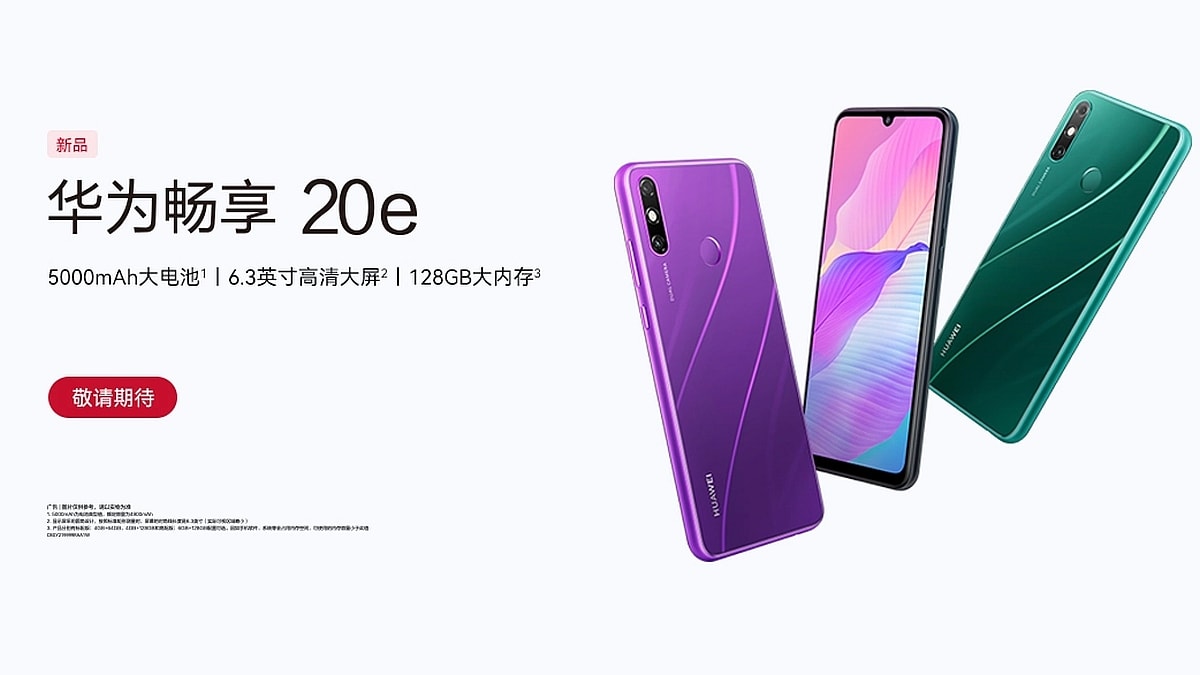 A post by Huawei on Weibo teases that the Huawei Enjoy 20e is expected be launched on November 11 and will be priced at CNY 999 (roughly Rs. 11,700). The post shows the two colour options that will be available — Green and Purple — on the soon-to-be-launched budget friendly smartphone.

As mentioned, the Huawei Enjoy 20e has also been spotted on the official online store — Vmall. The banners visible on the online store show that the smartphone will pack a 5,000mAh battery. The smartphone is also shown to sport a 6.3-inch HD display and 128GB of onboard storage.

The banners also show the design of the upcoming Huawei Enjoy 20e. The back panel of the smartphone is shown to house a dual rear camera setup with the LED flash mounted between the two unspecified lenses. Alongside, the images also show a rear mounted fingerprint scanner. The renders of the Huawei smartphone also show two curved stripes running across the length of the back panel.

As per the banners, the 6.3-inch HD display is surrounded by thick bezels on three sides and an even thicker chin. The selfie camera is shown housed in a waterdrop-style notch. The right spine of the smartphone is shown with a volume rocker and a power button, while the left side gets a SIM-tray.

Ford, Mercedes-Benz, More Carmakers Shift Up a Gear in Race to Go Electric