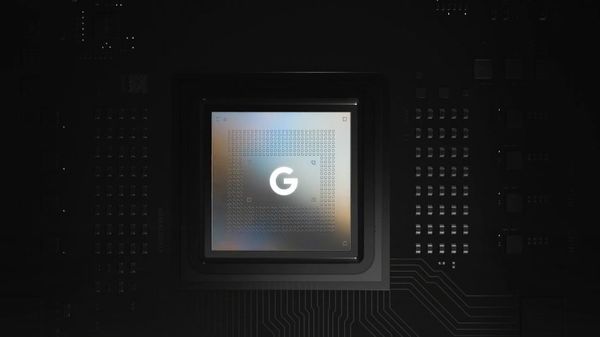 Google launched the latest Pixel smartphones Tuesday, betting on its first custom-designed system processor and a new version of the Android operating system to lure buyers away from Apple Inc.’s iPhone.

The Pixel 6 and 6 Pro differ only slightly in size, memory and camera specs, with both built around Google’s Tensor system-on-chip, a custom semiconductor that took four years of development. Tensor is optimized for Google’s strengths in image processing and artificial intelligence, helping deliver faster and more accurate speech recognition and better battery life.

While Google’s Android is the top smartphone operating system globally, the Alphabet Inc. unit has a minuscule market share in mobile handsets. The company is now trying to stand apart from competition with its own processor, joining Apple in making such a move.

Outside of the iPhone, most smartphones rely on Qualcomm Inc. and, to a lesser degree, MediaTek Inc. for their processors, leading to a relative lack of differentiation. In addition to the Tensor, Google’s new devices include the company’s Titan M2 security chip, tasked with handling jobs like passcode protection, encryption and secure transactions in apps.

Android 12, the latest version of the software, marks what Google calls the biggest design change in its history. It features personalization through color palettes and redesigned widgets, and privacy indicators signal when an app is accessing the device’s microphone or camera. Its safety features will ensure Google’s audio and language processing happens exclusively on the device.

The 6.4-inch Pixel 6 costs $599 while the 6.7-inch Pixel 6 Pro comes in at $899, both shipping on Oct. 28. The pricier device ups the memory to 12GB from 8GB, includes an extra 4x zoom camera and has a larger battery. The 6 Pro also has an adaptive display refresh rate, much like the iPhone 13 — scaling from 120Hz for fast-moving on-screen action or animations down to 10Hz to preserve battery life.

Another commonality with Apple, which this year introduced a cinematic mode for video recording on its newest iPhones, comes in Google’s push of creative imaging extras. It’s adding a long-exposure feature, which blurs moving objects such as vehicles passing through an intersection, as well as an action mode that does the reverse, blurring the surroundings of a subject in motion.

Google and Apple are competing in a much-changed smartphone market this year, as Chinese Android vendors from Oppo to Vivo to Xiaomi Corp. have improved significantly in the chase to fill the gap left by sanction-stricken Huawei Technologies Co. Vivo, for instance, has collaborated with Carl Zeiss on its lenses and the recently launched X70 Pro flagship has four gimbal-stabilized cameras on its rear.

Google still has to prove that the Pixel can be more than a niche for an audience loyal to its products and reliant on its services. The bespoke silicon, the more personal Android software and the comparatively affordable price points may help advance the company’s case to a broader market.