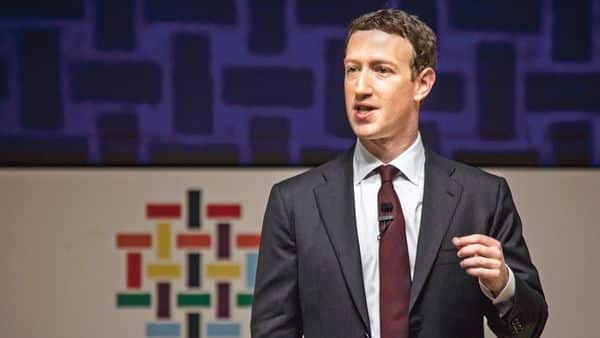 The District of Columbia’s attorney general is seeking to hold Facebook Inc. CEO Mark Zuckerberg personally liable in a lawsuit stemming from the 2018 Cambridge Analytica scandal, in what the district said was a novel legal action against the social-media giant.

Attorney General Karl Racine said Wednesday he filed a motion to add Mr. Zuckerberg as a defendant in a consumer-protection lawsuit originally filed in December 2018 accusing Facebook of misleading its users about the privacy and security of their personal data. His office said it was the first time a U.S. regulator has specifically named Mr. Zuckerberg in a complaint.

Facebook spokesman Andy Stone said the “allegations are as meritless today as they were more than three years ago, when the District filed its complaint.

“We will continue to defend ourselves vigorously and focus on the facts,” he said.

Mr. Racine said he made the decision after reviewing company documents as part of discovery in the lawsuit. “It’s clear Mr. Zuckerberg knowingly and actively participated in each decision that led to Cambridge Analytica’s mass collection of Facebook user data and Facebook’s misrepresentations to users about how secure their data was,” he said.

The development is a reminder of the legal threats facing Facebook and Mr. Zuckerberg. The Washington, D.C. lawsuit was filed after the disclosure that Cambridge Analytica, a now-defunct political consulting firm, had improperly mined user data.

More recently, officials have been looking into company documents disclosed by a former employee, Frances Haugen, and reported on by The Wall Street Journal, that show the company knows its platforms are riddled with flaws that cause harm.

The Journal’s articles and subsequent Senate hearings have motivated lawmakers to start writing legislation to address perceived concerns about the company’s platforms. Mr. Racine’s action shows the courtroom could also be an avenue to address those concerns.

“We think Facebook may now face a similar challenge from increased litigation as Tobacco, or more recently, OxyContin,” Blair Levin, an analyst with New Street Research, wrote in a recent note to clients. He said that class-action lawsuits from private plaintiffs are also a threat to the company’s bottom line.

Much of the new allegations against Mr. Zuckberberg is redacted due to a protective order in place in the litigation, Mr. Racine said. The attorney general, whose term expires in early 2023, has said he would not seek re-election.