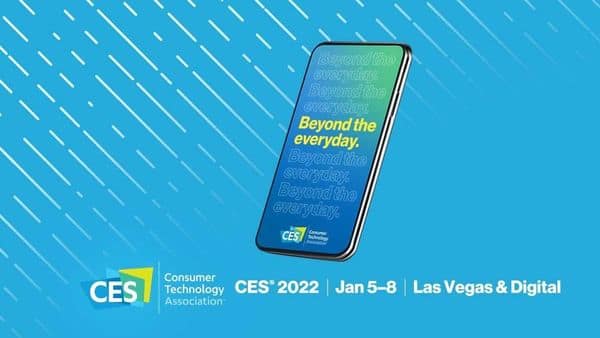 Multiple companies, including Amazon, BMW and Microsoft, reduced or canceled their attendance as Covid-19 case numbers broke records, but organizers said safety protocols were in place for thousands of expected attendees.

Masks and proof of vaccination are required at the show that opens Wednesday and was trimmed by one day to end Friday, with expected exhibitors down more than half to roughly 2,200 from the last in-person CES.

“We are confident that attendees and exhibitors can have a socially distanced but worthwhile and productive event in Las Vegas,” organizers told AFP in an email, declining to state the number of cancellations.

But some experts urged caution and daily testing, as not all attendees can be counted on to comply with mask-wearing rules.

“An indoor event with thousands of people at this point in time carries risks, even with vaccination and masking requirements,” Vincent Rajkumar, a professor of medicine at the Mayo Clinic, told AFP.

The showfloor — which organizers concede may be pocked with gaps after cancellations — was set to include the most buzzed-about tech, such as autonomous vehicles, commercial spaceflight, NFT digital goods, work-from-home tools and the usual array of gadgetry.

Big Tech has been a big winner during the pandemic, with social media, e-commerce and a bevy of online services amassing mountains of users and cash as people stayed home — but one of its signature conclaves has fared less well.

The 2022 show was meant to be the triumphant return of an event that hosted some 170,000 people and more than 4,500 exhibitors in one of the last major US events before virus lockdowns hit in 2020.

ast year’s event was online-only, with organizers saying it was “not possible to safely convene tens of thousands of people in Las Vegas.”

But as the Omicron variant-fuelled surge of Covid cases began building in December, major names started to drop out or scale back.

“We are prioritizing the safety of our team and other attendees with this decision,” the company said in a December 21 statement.

But organizers are pushing ahead with the in-person show, noting that thousands of smaller companies had invested money to attend.

“We are mindful of concerns that CES could be an event where the Omicron variant can spread,” Gary Shapiro, president and CEO of the group that runs CES, wrote in an opinion piece.

“But with significant safety measures and fewer people, there is plenty of space for attendees to socially distance,” he added, also citing mask and vaccine requirements.

“A mass gathering of this size predominantly indoors does not sound like a good idea,” she told the Wall Street Journal.

Among the 2,200 exhibitors expected are companies like Sierra Space, which is building a reusable “spaceplane” to ferry humans and supplies from and to Earth.

“We feel really safe exhibiting there,” Neeraj Gupta, the company’s general manager of space destinations, told AFP. “We really feel it’s important to be there in person.”

They are set to be joined by companies touting TVs, wearable tech and even an eating utensil that is promoted as enhancing flavor, along with others aimed at humanity’s major concerns.

Farm equipment maker John Deere is scheduled to unveil news on autonomous machines and a Dutch start-up has an idea to use water to store power produced by offshore wind farms.

At the same time, some of the pitch emails deluging journalists ahead of the show have echoed one big question that won’t get an answer until the show’s doors open on Wednesday.

“With everything going on right now, I want to touch base with you and see if you’re planning on attending CES?” one pitch asked plaintively.